Best of The Drive with Steve Jaxon, one hour of Weekly Highlights 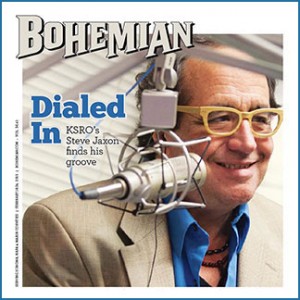 The Drive's daily (Mon.-Fri.) formula is a blend of news and politics with comedy, music, the arts and a steady stream of distinguished and interesting guests, interviewed by Steve Jaxon.

The weekly one-hour highlights show plays the most interesting and entertaining interviews of the week with high-profile national news-makers in politics, entertainment, the arts, music and comedy. It will be a hit on any kind of radio station in any weekend time slot.

Sample Track of Guest Intros from The Drive (3:28)

Full Demo of The Best of The Drive

(00:00) General Colin Powell discusses being Secretary of State and more.
(16:09) Rock-and-Roll Hall of Famer Jason Newsted of Metallica visits and plays an exclusive performance of a song from his current Americana project, The Chophouse Band.

• Exclusive local broadcast rights are available for cash license fees.
• Strong content and top-caliber guests attract audiences to any time slot.
• License fees are market-based and negotiable.
• No commercial inventory to give (i.e. not barter).

To get The Best of The Drive on your station or network, contact Vicario Productions using our Contact Us page on this site.

More about The Drive and our host, Steve Jaxon

See the sidebar on this page for several full interview segments from the last two years. The Drive is heard daily Mon.-Fri., 3-6 PM (Pacific), on KSRO in Santa Rosa, CA. The best interviews are now available in this weekly show for national syndication.

The show's growth and success come from its unique blend and balance of topics and guests.

The Drive is a collaboration between Steve Jaxon and Producer Mike De Wald. In this video interview embedded on a page of our blog, you can see Mike and Steve interviewed by journalist Daedalus Howell. Steve tells the story of how he developed the concept for a daily talk show that would cover all topics, not just political news but a careful balance of serious and fun stories and guests.

Steve also told the story in The Bohemian, in an extensive February 2015 interview describing his career, The Drive and its successful formula. Read the full story at The Bohemian's website, here.

If it’s happening, it’s on The Drive!  Visit The Drive's Facebook page for daily guest lists, pictures and more.