Lewis Black on The Drive

Lewis Black came on to The Drive with Steve Jaxon yesterday, since he is being honored on Sunday, January 14, at the San Francisco Sketchfest, which will feature 230 different shows over three weeks. 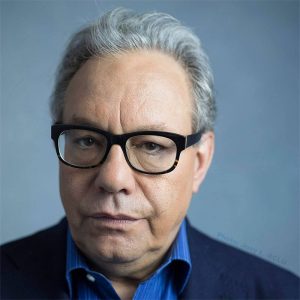 Lewis Black will be in a hosted conversation at the tribute, then he will record a live episode of “The Rant Is Due” which is a show he does on Audible.com. He invites audience members to write in questions, or deliver them at the show and it goes out live. He will also be performing in Monterey, Santa Barbara and then at Sketchfest, all live for The Rant is Due.

The Sketchfest Lewis Black tribute will take place on Sunday January 14, at the Marines’ Memorial Theater. Steve mentions that they are also doing a tribute to Jane Lynch, Ricky Gervais in conversation with Christopher Guest, and of course the Dick Cavett tribute.

He talks about a film he did last November called The Last Laugh, with Chevy Chase and Richard Dreyfus. Dreyfus plays a guy who left comedy to become a doctor, in order to please his wife, who then dies, then he goes back into comedy. Chevy Chase plays his manager and Lewis Black’s character’s ex-manager. It will come out some time in the Summer, he guesses.

He has a double album that came out recently, one is a special that was never released and another is a special that he did for Comedy Central, a Broadway show, just before the election. The material still works, because all the stuff he said still applies! He goes on to say that the President’s tweets aren’t news, they’re pathology.

“How do you satirize what’s already satiric? He’s a satire of himself! You can’t make this funnier for people! If you don’t know what the joke is, then something is wrong with you!

He wonders aloud how to do comedy in this day and age. “How do you satirize what’s already satiric? He’s a satire of himself! You can’t make this funnier for people! If you don’t know what the joke is, then something is wrong with you! I spent 40 years making jokes about him. I moved here to New York 40 years ago and within a week I was making jokes about him. And the last thing I thought he’d become was the President of the United States. Then I’ve got to pick up the New York Times and look at the front page and I’m supposed to take this seriously? To the point that it would drive people to say, “oh, I hope Oprah runs to be President? What level of madness! I can’t wait, that’s why I love coming out to San Francisco, you people are 20 years ahead of this nonsense. You guys are already over him. You act as if this has already happened?

Steve then asks Lewis Black about Jeff Sessions’ recently announced decision to prosecute marijuana cases again. “There’s a horse’s ass…. The state’s burning to the ground and you’re worried about pot? There’s a opioid crisis in the middle of the country…”

“Why did I bother to live? It’s everything I’m against! Everything that I’ve put my foot down on, has come back and put its foot down on me. (…) It’s like watching dinosaurs leave the earth. Now I’m going to have to go too! It’s not right! Maybe that’s why I have anxiety.” “Tyrannosaurus Black,” says Steve.

Lewis Black will be in conversation with Ed Wasserman, one of his oldest friends, who is the Dean of the UC Berkeley School of Journalism, and Lewis suggests his friend can explain to everyone what has happened to journalism.

In closing, Steve says, “Hey, we’ve got to talk more often,” and Lewis Black replies, “you give me a yell whenever you want, I’m available, I’ve got no life. (…) I’m serious, this really helped take the edge off.”